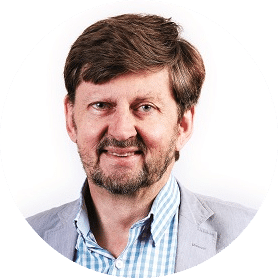 Dexter is recognised as an industry leader in the hospitality sector. In 1992 he founded Dexter Moren Associates, a London based architecture and interior design practice which is now a member of the AJ100, a ranking of top UK practices.

Having commenced his architectural training at the University of Witwatersrand in his home city of Johannesburg, Dexter continued his studies in New York obtaining his master’s degree in architecture and urban design from Columbia University before returning to Wits to complete an MBA. He then completed his RIBA qualification at the Architectural Association London. His first hotel was the iconic Marine Parade Holiday Inn on Durban’s North Beach for which he was commissioned at just 28.

Dexter is driven by the principles of design excellence and sustainability whilst maintaining the joy of a creative working experience for his team, consultants and clients. With over 30 years’ experience, Dexter has worked with the majority of leading brands in the UK, Europe, Russia, Africa, Middle East and Asia.

A recently opening of notes are London’s first Westin, a 212-key hotel plus nine luxury riverfront residential apartments with fitness and leisure suite, conference facilities and a restaurant and bar with spectacular views over the River Thames and Hotel Villa Pamphili, a 235-key ‘urban villa’ with a restaurant, bar & lounge, conference facilities and a new rooftop bar.
NO NEWS POSTS
Submit Content
Login