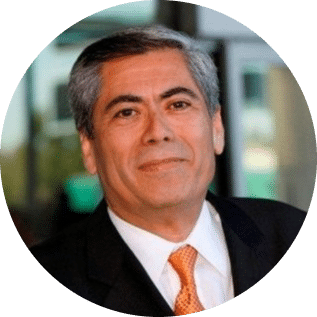 During his tenure with Marriott, Cano served as the general manager of The Ritz-Carlton, Kapalua in Maui, Hawaii, overseeing all aspects of the AAA Five Diamond resort for nearly five years. Prior to that, he served as area general manager for the Los Angeles Airport Marriott Hotel, and in 2001, was named “General Manager of the Year” for Marriott’s Western Region. This marked the second time Cano was awarded this title; he was also the Western Region’s “General Manager of the Year” in 1999 while at the Marina Beach Marriott. In 2012, Cano received the prestigious “General Manager of the Year” award, recognizing his leadership at L.A. LIVE among Marriott properties throughout the Americas. Under Cano’s direction, the Ritz-Carlton, Los Angeles received acknowledgement of Hotel of the Year for North America in 2018.

As the pre-opening team leader for the award-winning L.A. LIVE hotels and residences, Cano has been instrumental in advocating the ongoing renaissance of downtown Los Angeles and Marriott’s key role in this burgeoning market. In 2018, Cano was recognized on the Los Angeles Business Journal’s prestigious LA500 list – honoring the most influential leaders in Los Angeles for their contributions to the city’s development.

An active and committed community leader involved with numerous charity efforts, Cano led the L.A. LIVE hotels to receive the “Alice S. Marriott Award for Community Service” in both 2012 and 2014. During his tenure with the Los Angeles Airport Marriott Hotel, the property was recognized with a “Spirit to Serve” award given by Marriott International for outstanding community service.

As the present chairman of the Los Angeles Tourism Marketing District, Cano oversees a $27 million fund to drive business to area hotels, spearheading programs such as the award winning “Everyone is Welcome” campaign showcasing the diversity and inclusion for which the city is known. Cano has served on the board of the local convention and visitor’s bureau in essentially every city in which he has lived, and currently sits on the executive committee for the Los Angeles Tourism & Convention Board as well as the California Hotel & Lodging Association. He is on the board of directors for the California Travel Association, Los Angeles Chamber of Commerce, Los Angeles Hotel Association, California Hospital Medical Center Foundation, Central City Association, and is member of the American Hotel & Lodging Association General Manager Advisory Council.
NO NEWS POSTS
Submit Content
Login