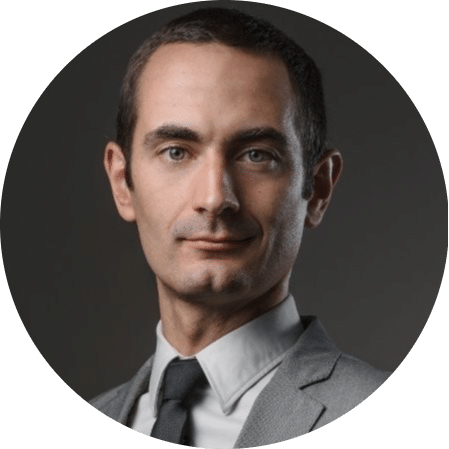 The journey of Vincenzo Occhipinti in the hospitality industry started after graduating at the Bocconi University in Milan. Vincenzo joined Marriott and worked in increasingly responsible positions in the finance department of their managed hotels in Milan (Bulgari Hotel), Dublin (Ritz-Carlton Powerscourt) and Barcelona (Hotel Arts). Those years have proved to be an invaluable experience and gave him a clear picture of the functioning mechanism of a hotel.

In 2013, he transitioned to a new role at Host Hotels & Resorts, as Asset Management Analyst for a portfolio that at that time comprised of 20 hotels in 13 markets across Europe. The expanded role gave him the opportunity to examine the lodging sector from a broadened perspective and to gain greater exposure to hospitality real estate.

This has been a turning point in his career that made him shift his perspective on the hotel business. It was then when he decided that the next step would be to become a Hotel Asset Manager. To help him achieving this objective, in 2015 he took a certificate in Hotel Real Estate and Asset Management from Cornell University.

Vincenzo learned much during the course and following the certification, his responsibilities in the organizations grew considerably. He assumed a more proactive role in the asset management of the hotels portfolio, especially in regard to the evaluation of potential ROI projects and value adding initiatives. He was also given the opportunity to revamp and redesign most of the analytical and reporting tools, that resulted in significant gains in efficiency and effectiveness.

He is a very curious person that believes that there is always something more to learn. For this reason, he embarked on an MBA program with IE Business School. It was a great experience that increased his creativity and taught him a few valuable lessons on self-discipline.

Finally, following the exit of Host from its European investments, he has joined his colleagues in the creation of Archer Hotel Capital, a new hotel investment vehicle, backed by their two former partners, APG and GIC.
In his current role of Investment Manager, he is responsible for the asset management of 6 hotels located in major European cities such as Madrid, Paris, Brussels, Stockholm, and Dublin.

Vincenzo is a well-rounded person, with an inquisitive and open mind, who believes that continuous learning is key to personal satisfaction and career fulfillment.
NO NEWS POSTS
Submit Content
Login