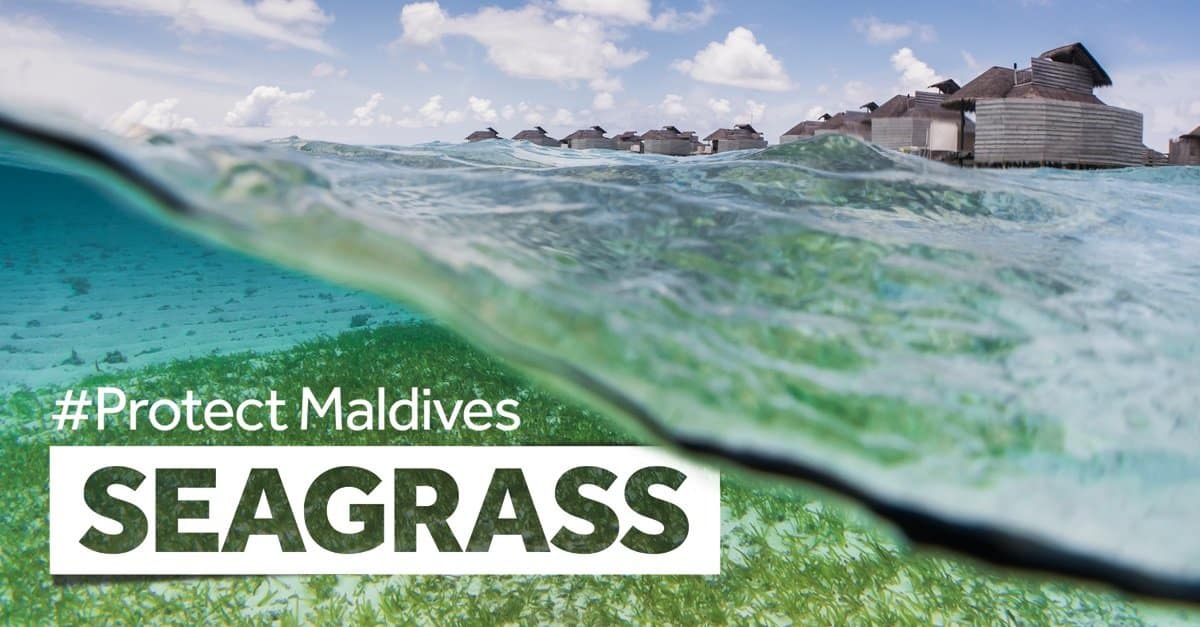 A tiny island nation amidst the Indian Ocean, where tourists flock each year to seek salvation from the hurdles of life, is what the Maldives is unanimously known for. It is a well-chosen paradise for its guests with a tropical facade cascaded with white shores, an exuberant marine life, and sunshiny effect. However, the fragility of this low-lying beautiful island nation is susceptible to climate changes happening across the globe that could cause irreversible damage to the well-being of the pearls of the Indian Ocean.

Acts taken now will undoubtedly benefit the health of the nation for its future generations. One such NGO that is effectively implementing initiatives to counteract the marine life dilemma being faced across oceans of the world, is the BLUE Marine Foundation. Their venture starting out in 2016 in the Maldives with an invitation from the government, BLUE launched its grouper conservation project. The NGO’s work in the marine conservation of the Maldives in partnership with Six Senses Laamu is increasingly gathering awareness amongst the locals for a greener future. 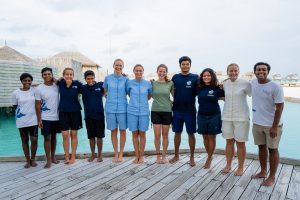 Based from Six Senses Laamu, a lush luxury retreat residing in the enriched Laamu atoll, the grouper conservation project has since then recognized certain sites for spawning aggregation. Using a blend of research, education and creating awareness within the local fishermen, the project’s aim is to curb exportation of underdeveloped Maldivian grouper, an economically imperative reef fish. Groupers are subsequently an integral part of healthy reef ecosystems. The research provides essential data for the Maldivian government to implement the restriction of overfishing grouper across the whole nation.

With impressive collaboration from the government in addition to the local council’s invaluable help, BLUE has been able to gather crucial data. Clocking nearly 200 hours of interviews with the local fishermen, BLUE team’s Shaha Hashim and Vivienne Evans were able to propose a management recommendation report. In compiling the labor-intensive data for the report, they were able to educate a lot of local fishermen on the importance of spawning aggregation sites. The report enunciates the revised size limits for the grouper fishery of the Maldives that will help to lessen the overfishing of immature grouper that is vital to a healthy reef ecosystem. 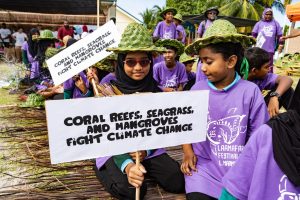 The completion of the project only broadened the scope of BLUE’s work in the Maldives, as the team recognized there was more work to be done. BLUE’s work in the Maldives was then rebranded as The Maldives Resilient Reefs Project. BLUE is also part of the Maldives Underwater Initiative, formed by Six Senses Laamu to bring together some of the best minds in marine conservation. Together with MUI, the #ProtectMaldivesSeagrass campaign kickstarted. The purpose of the campaign is as its hashtag entails. The seagrass beds of the Maldives are an important element in determining the vitality of the ecosystems. A tourist snorkeling in seagrass is likely to see four times as much megafauna compared to the coral reefs. It is a nursery ground for coral reef fish in addition to acting as a barrier for protecting the Maldivian islands from wave erosion. This are just two examples out of a plethora of goodness that seagrass beds bring in. 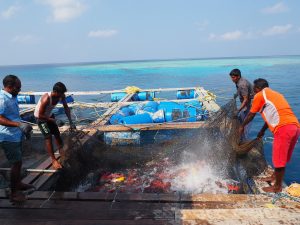 Within three months of the campaign’s initial beginning in 2017, 25% of the resorts of the Maldives came onboard pledging to protect 830,000 square meters of seagrass. Being endorsed by the Ministry of Tourism and Visit Maldives was a boost to the campaign as by the fourth-month mark more partnerships were formed. The team is focused on developing seagrass monitoring programs with their joint partners in order to develop a nationally standardized monitoring method. ‘This will bring a wealth of information on how diverse these ecosystems are in the Maldives and provide crucial evidence for conservation management’, says Shaha.

BLUE sees Six Senses Laamu as a resort that is making a difference in marine conservation of the Maldives. The formation of MUI was a chance to maximize the team’s potential. By working with local communities and strengthening their capacity for marine conservation, BLUE hopes to have an exit strategy once a working model is established. Working in a cohesive way following agreeable models with the local communities to enforce positive results is what BLUE does best.

The future looks hopefully green as BLUE has been able to pave ways for people interested in the field to gain knowledge. “We are aiming to go above and beyond. Our goal is to prove that tourism does not have to be the enemy in the Maldives. You don’t have to have a negative impact on the environment to do good business by integrating sustainability into the mix”, says Vivienne. These progressive measures will undoubtedly bring a greener, sustainable future to the 1200 or so islands dotted purposefully in the Indian Ocean.

About the author
Ruby Amir is a hospitality and tourism enthusiast with an ample background working in the diverse tourism sector of the Maldives.