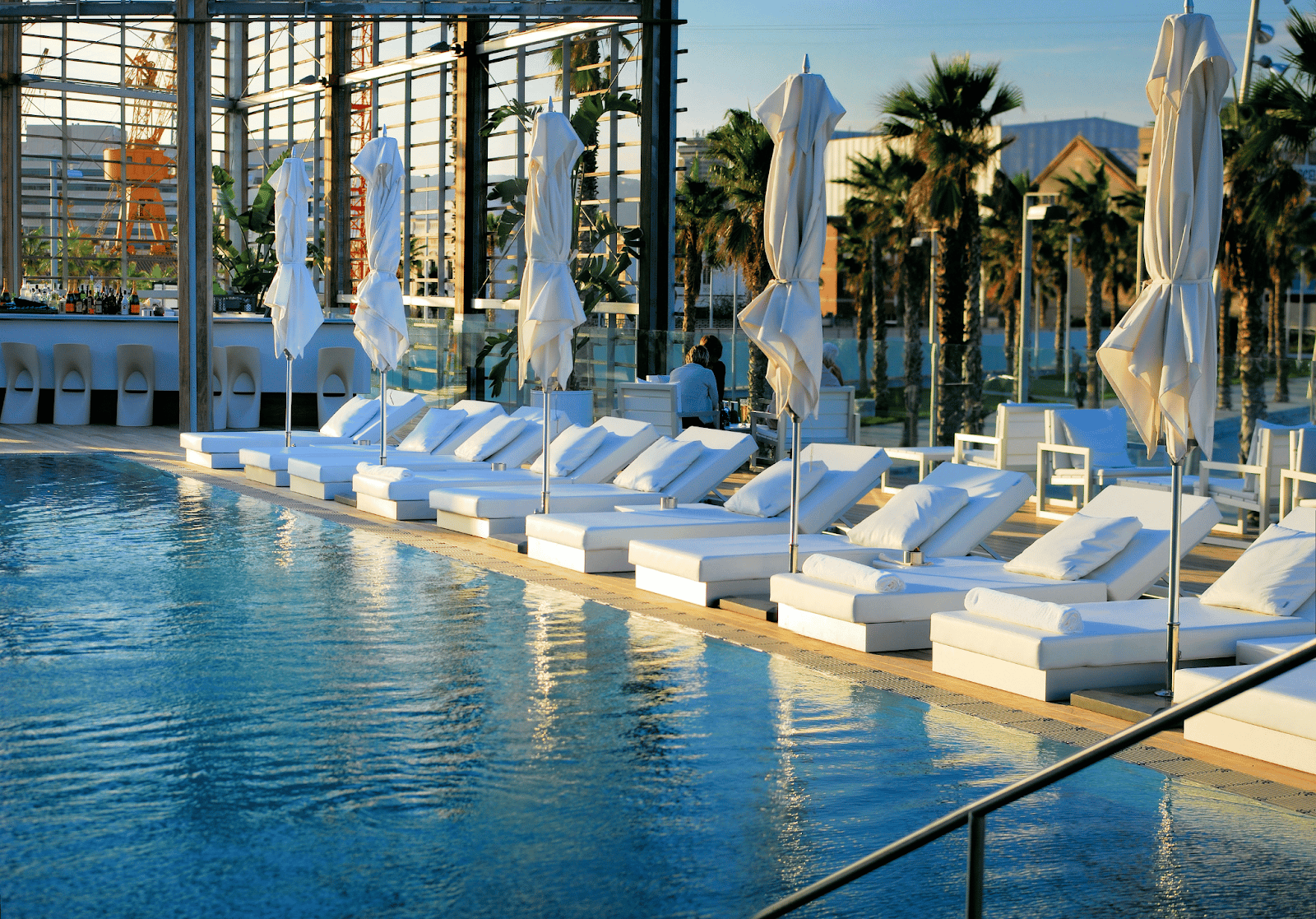 The transactions market is continuing to build, with trophy assets and platforms highly sought after, as the pandemic drop-off in trading in the sector fails to deter investors.

Segments which had been on the periphery of the hotel market have been able to find their way into the front of investors’ minds, as products such as extended stay, which have been able to stay open, become ever-more attractive.

The transactions market in Europe is not as far along as that in the US, where the decision to foreclose tends to be taken more quickly. European lenders have a reputation for being more lenient and focused on their long-term relationships with their clients, driven in part by the different mindsets of the lenders and part by the different laws in the assorted jurisdictions in the regions.

Europe has seen some activity in limited services and branded hotels, as well as family-owned hotels, the latter of which have come under tremendous pressure as the volatile recovery continues. Although we can see lots of cash-flow issues due to the challenging recovery and the repayment of the states-backed loans, there is much more demand for hotels than there are hotels on the market, which has ensured that prices remain high. We have not yet seen the distressed pricing, which many have anticipated. Let’s look at the major European transactions over the past months.

In Paris, the Hotel Pont Royal Paris was sold by Colony Capital for an undisclosed fee, reported to be over $1m per key for the site in Saint-Germain-des-Prés, in the city’s Latin Quarter.

Also, in Paris, reports suggest that the Crowne Plaza in Neuilly will become part of the Icade portfolio in a joint venture with Artbridge Investments. The asset – a way outside the city centre – is thought to have been sold for nearly €100m and is expected to be converted into housing, with delivery in 2026.

Despite concerns over the performance of city centre hotels, there have been some additional deals in the segment, with the Crowne Plaza Blackfriars, a 204-key upper upscale hotel in London, sold to LaSalle for an undisclosed price and the purchase of the Regent Hotel Berlin to real estate funds managed by Blackstone.

As it was ahead of the pandemic, Spain remained a popular destination for transactions, with Union Investment buying the Hotel Barcelona 1882 for €75m from Swiss investor Partners Group. The hotel was rebranded as the Radisson Blu. This was Union Investment’s second hotel in Barcelona and in the UniImmo: Europa portfolio, joining the Barceló Raval, which it acquired in 2013.

In Madrid, the Iberia Fund, overseen by ActivumSG Capital Management, sold the 161-room Hard Rock Hotel Madrid in the museum district to Arlaes Management for €65m. The hotel opened in 2021 and will continue to be operated by Hard Rock International.

Elsewhere in Madrid, Único Hotels sold the Hotel Único Madrid to A&G Private Banking for an undisclosed sum. Following the transaction, Único Hotels will continue to operate the hotel under a 20-year lease that includes several buyback options for the operator.

In neighbouring Lisbon, Portugal, BPI’s Imofomento fund bought the InterContinental Estoril for around €22m from Fundo de Investimento Imobiliário Fechado Turístico II, managed by TF Turismo Fundos. The site will continue to be managed by IHG.

Trophy assets have also continued to hold their appeal, with the investors looking to buy one and then create an expandable platform. Several Middle Eastern Sovereign funds are actively looking to find these rare assets or develop smaller upper luxury hotel groups internationally. This end of the market is the most under pressure over the labour shortage, but there are a number of techniques you can use to attract and retain staff (link to past article) which means this need not be an issue.

There has been more interest than ever in resorts, and a number of these have transacted during the pandemic because of their attractiveness and resilience, providing a safe and relaxing space for guests.

Hyatt’s purchase of Apple Leisure for $2.7bn has been the high point so far. Still, there is likely to be more of the same in this segment, even when one doesn’t consider the swathe of domestic travel deals which were kicked off by the sale of Roompot at the beginning of the pandemic.

In one of the sector’s few portfolio deals, Engel & Volkers Asset Management bought three hotels, in Scotland, Ibiza, and Sardinia, for around €280m. These included two hotels under the Seven Pines brands – in Ibiza and Sardinia. The former is a 185-suite complex, and the Sardinia property has undergone extensive refurbishment and reopened with 76 rooms and suites. In Scotland, Schloss Roxburghe in Heiton, outside Kelso, opened as a hotel in 2019. An extension featuring a 600-square-metre spa complex, meeting rooms, and 58 suites was due to open in 2022.

There are a lot of unbranded resorts in Europe still, and they are looking for investors who will add a brand – and those investors are more easily able to find lenders when there is a brand. Yet, increasingly we are seeing that a good management company, which has a grasp on distribution, can mean you can forgo the cost of a brand, particularly in saturated markets such as Venice, Amsterdam, or Barcelona. We have found that lenders are also coming around to this and can appreciate that good asset management offers the reassurance that a brand has traditionally delivered.

While lending has become more flexible concerning existing assets, development continues to be more challenging, and we are seeing several great products out there which are finding it hard to get off the ground. We expect this to ease as trading becomes easier to forecast.

Now let’s look at this untapped hotel asset class in Europe: Extended Stay Hotels. Where there is funding and deals being done are in the aparthotels, which are catching those bleisure travellers that are not forced to work in one country, but don’t have large budgets. They are not attracted to co-living, which has proven to be quite expensive. Still, they are instead looking at stays of two or three months and want to have the ability to look after themselves but also have access to hotel amenities. Extended stay products were a hot topic two, three years before the crisis because it doesn’t really exist in Europe. Those kinds of products have huge potential to grow in this region, and they have been proven in the US and Australia. The pandemic meant that they were used for the first time by many people in Europe, and that has attracted investors.

Europe’s largest hotel owner, Pandox, acquired the Adagio Aparthotel Edinburgh for £40.5m. The hotel’s central location makes it attractive for both business and leisure travellers. The property was built in 2016 as part of a comprehensive city development project.

In cities such as Barcelona, or Amsterdam, where there has been overtourism and moratoriums are limiting the building of more hotels, these kinds of products go under the radar. The alternative for hotels investor is to build these luxury rental products, with a minimum rental of a month, and, in Barcelona, you can get €5,000 to €7,000 per month.

Also, in resort locations, such as the Canary Islands, remote working allowed an increase in long-term stay. Of course, with lower average rates, but we saw some good performance in this extended-stay sector since the start of the pandemic, and the trend will continue alongside the growth of teleworking.

You see a similar model with products such as The Student Hotel, where they are not a traditional hotel but target students who would not be able to afford to live in city centre apartments but can afford to stay with them. They can attract that kind of customer that doesn’t have a huge paycheck. However, they still make enough revenue and bolster it with great F&B and amenities, which helps the hotel to integrate with the local community, in turn making it a fun and attractive place to stay.

Recovery remains uneven, but hotels continue to present as an attractive investment. The pandemic has meant that we have seen an interest in other operational real estates, such as warehouses, but with hotels, you’re renting a room on a daily basis. This compares with a shopping mall where you need to sign a lease for a couple of years, and that’s it. Every day is a fresh opportunity with hotels with, while it is a very specialised market, you can see a high return on investment. And if you have the right location, the right operator, and specialist asset managers, the profits can be remarkable.

Global Asset Solutions operates worldwide and is the largest independent asset manager in Europe, with assets under management worth over $15bn. The company leans on decades of experience in the luxury sector to deliver bespoke solutions which allow investors to grow their asset value and realise the potential of their assets. www.globalassetsolutions.com