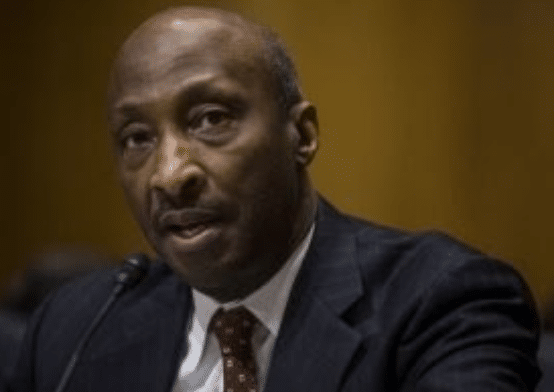 Merck & Co. moved to bolster the global fight against the coronavirus, unveiling plans for a pill to treat the infection and two vaccines to prevent it, though a top executive cautioned it may take longer than expected to deliver a vaccine and make it available globally.

The U.S. drugmaker bought rights to a promising antiviral discovered at Emory University and reached deals to advance candidate vaccines based on the technology behind Ebola and measles immunizations. But as a rush to restart economies has prompted some nations to compete for vital pharmaceuticals, Merck won’t give any one country an advantage and will prioritize access for health-care workers and others at highest risk, Chief Executive Officer Kenneth Frazier.

“This is a global pandemic. No one country can solve it, and we can’t put borders around any one country,” Frazier said in a phone interview. “If we’re successful, we want to ensure broad, affordable access for whoever needs it, wherever they are.”
And while the candidates look promising, Chief Patient Officer Julie Gerberding said it may take more time than expected to successfully develop and deploy a vaccine.

“I hope the people who are predicting a faster timeline than we have ever imagined are right, but we are talking about vaccinating the world, not just people in a given developed country,” she said during a discussion Tuesday hosted by the Federal Reserve Bank of Minneapolis and the University of Minnesota.
Merck shares rose 1.2% to $77.28 at 4:23 p.m. in New York. They’ve fallen more than 14% so far this year, outpacing losses seen by the S&P 500 amid broader economic tumult.

The Kenilworth, New Jersey-based company, which has pioneered inoculations to stop diseases from diphtheria to Ebola, has evaluated hundreds of potential Covid-19 vaccines, Frazier said. Below are the highlights of news announced in separate statements:

Collaboration with IAVI and funding from the Biomedical Advanced Research and Development Authority, or BARDA, to develop a vaccine using technology behind Merck’s Ebola shot
Acquisition of Themis to gain another vaccine candidate that uses measles virus vector platform discovered by the Pasteur Institute
Rights to EIDD-2801, an oral antiviral candidate in early clinical development, bought from Ridgeback Biotherapeutics LP and discovered at Emory University

Ebola Inspiration
Merck’s immunization against Ebola — the only one approved by the Food and Drug Administration — provided a reference point for a candidate Covid vaccine since it confers protection with a single shot and uses technology that’s shown to be safe and effective, Frazier said.
A collaboration with International AIDS Vaccine Initiative Inc., a nonprofit scientific research organization, aims to develop a vaccine by adapting the so-called recombinant vesicular stomatitis virus technology behind Merck’s Ebola shot.
IAVI scientists in Brooklyn are researching the experimental shot, which is receiving funding from BARDA, and may enter human studies later this year.

“We really have to think about how do we create a safe vaccine for the world, and that is a challenge we have never accomplished for any vaccine-preventable disease. So we have to be really realistic about that,” she said.

Measles Vector
Merck will also buy Themis, a privately held biotechnology company, for an undisclosed sum, gaining another vaccine candidate that uses the existing measles virus vector platform. Development of the shot has received support from the Coalition for Epidemic Preparedness Innovations. It’s slated to start phase 1 clinical studies within weeks, Frazier said.
Frazier wouldn’t say how much any successful immunization would cost, but added that Merck is committed to supplying “affordable access” and would seek partners to manufacture enough to meet global demand. Regardless of timeline, “we’re prepared to do that,” he said.

Covid-19 Pill
An early stage clinical trial showed EIDD-2801 was well-tolerated, while preclinical studies found it induced mutations in a broad range of coronaviruses, causing them to make catastrophic errors when they replicate. Remdesivir, the antiviral infusion developed by Gilead Sciences Inc., works in a similar way and has been shown to improve outcomes in some patients, Frazier said.
EIDD-2801 may potentially arrest infections at an earlier stage, he said, adding that it also appears easier to synthesize and manufacture on a large scale. In addition, “importantly, this compound can be given in pill form, which would make it easier to use,” he said.

Delayed Succession Plans
Frazier, 65, said the pandemic has delayed plans for him to step down, as well as to find a replacement for R&D leader Roger Perlmutter, a former president of the American Association of Immunologists who first joined Merck in 1997.
“We’ll get back to normal at some point,” Frazier said. “I’m totally confident in the high quality people who we have behind me and behind Roger Perlmutter.”