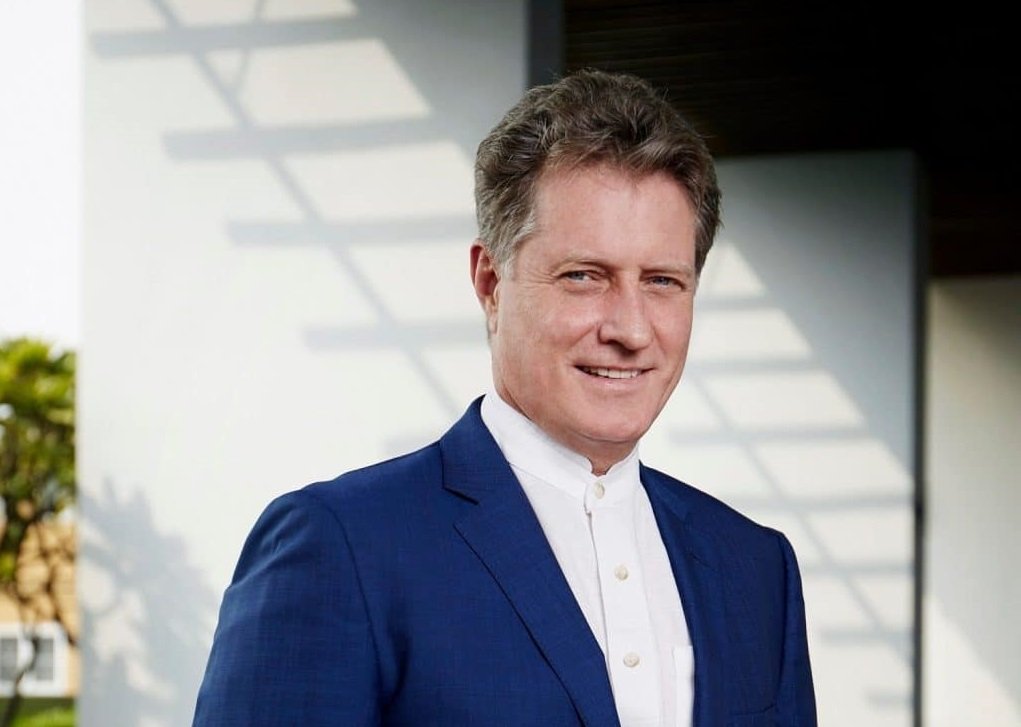 In a leafy suburb, just over the river from the old walled city of Chiang Mai, stands the 137 Pillars House. The original teak house was built in the late 1800’s and served for many years at the Northern office of the East Borneo Trading Company’s headquarters. After the dissolution of the extremely successful company, and Britain’s withdrawal from colonisation of the East, The teak house laid unused and hidden by the dense tropical grounds until Bangkok born Panida Wongphanlert discovered the property in 2002. From there the Harvard trained architect went through the process of first getting permission to be on the land and then exploring the property and grounds filled with the mature, old trees. While the house was not the vacation home that Wongphanlert was looking for, once she delved deeper into the history of the house, she felt compelled to share this piece of the past with the world. With the assistance of architects and local conservationists, the 137 Pillars House was restored to its original historical standards and the surroundings developed into a 5 star, exquisitely designed hotel, complete with 30 luxury suites, two restaurants, a swimming pool, library, a quaint bar and high end spa.

Due to the success of the 137 Pillars House in Chiang Mai the Wongphanlert family decided to expand across Thailand and expand into becoming a luxury brand across Thailand. The 137 Pillars Hotel and Resorts plans to bring the understated elegance of the 137 Pillars House to two new properties, the first opening in Thailand’s capital city, Bangkok in 2017. Located on Sukhumvit Road Soi 39, the new property will be a mix of residences and suites for the most discerning travellers and residents. To maintain the old-school elegance of the brand, the interior has been carefully selected by P49 Design to feature a warm palette of rich tones, with marble bathrooms and delicate use of mirrors and glass. The third property, 137 Pillars Estate Phuket, is estimated to open in 2019 on Kata Beach in Phuket, with a mixture of sunset facing pool villas and spacious pool suites.

Overseeing the ambitious expansion of the 137 Pillars brand is Chief Operating Officer Christopher E. Stafford. With more than 34 years’ experience in hospitality, travel and event management, Christopher is a seasoned professional ready to put the 137 Pillars luxury brand firmly on the world map. Before joining the 137 Pillars family Christopher was the Vice President of Hotel Operations for South East Asia for SilverNeedle Hospitality. Previously he headed the Anantara Resort Group from 2000-2007 in Thailand and the Maldives, opening 6 properties for the group. He is an avid polo player (both horse and elephant) and was instrumental in the creation of the famous Anantara Elephant Polo event, now in its 14th year in Thailand. Chris has also worked in senior management roles for Regent International Hotels, Westin Hotels and Bali Hai Hotels Tahiti. Who better than the COO to walk readers through the expansion of the 137 Pillars brand.

The 137 Pillars House is one of the smallest 5 star hotels in Chiang Mai and has to compete with some large-scale luxury resorts. What are the biggest pros and cons from operating a luxury hotel of such a small size?
The big advantage is we are purely focused on the luxury market, with little need to take care of too many segments, and it is easier to control the market mix so long as you stay true to luxury service and quality. The biggest con would be we have limitations on growth unless we expand and expansion has to be treated and weighed cautiously such as not to cannibalize one’s base. 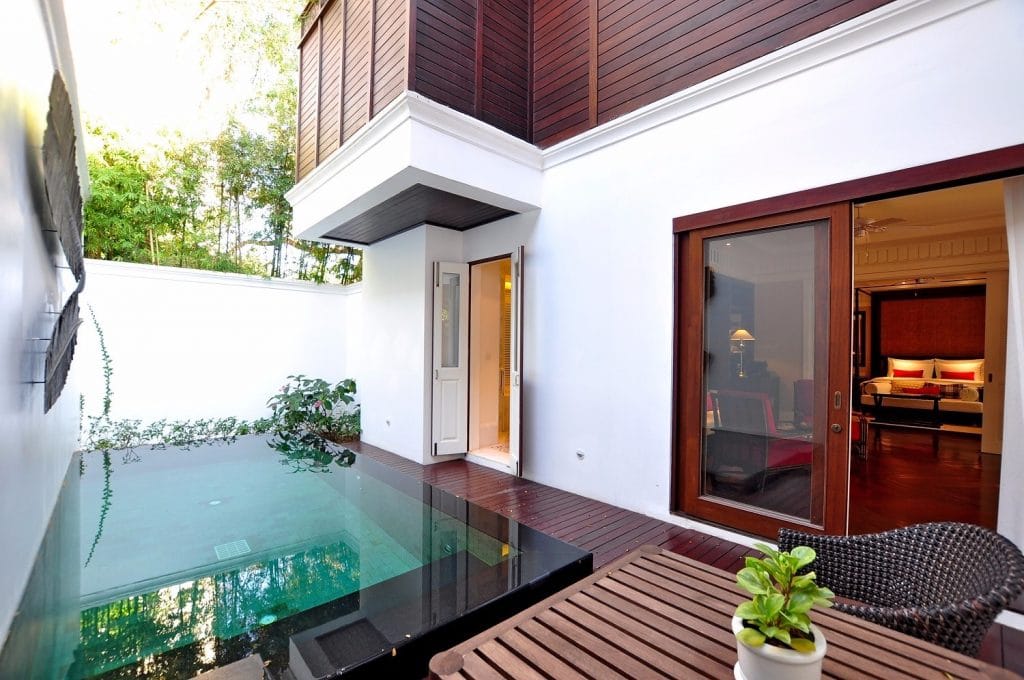 The hotel is changing management from SilverNeedle to a stand-alone management company. What, if anything, will change?
There will be a greater focus on the property and improving our services, product and events. The change will enable us to invest more in the hotel itself (our main asset).

What is the motivation behind expanding into a luxury brand?
Our vision is a long term one not based on hotel commoditization – instead our roadmap is built on proven and tested traditional hospitality with a blend of technology to enable better delivery of our hospitality to our guests. So modern business methods are only used in the event the genuinely and positively improve guest service – we focus on delivery of luxury – and reduction of bureaucracy.

In early 2017 the 137 Pillars brand will open a newly built hotel (137 Pillars Suites & Residences) in Bangkok. Can you talk us through the foreseen difficulties of opening a hotel in an already saturated market for luxury hotels?
The key challenge we face is location – we are proud of our team and the training and effort they have put into to becoming the best they can be – our Roadmap Training is into full swing and our teams in Chiang Mai and Bangkok are now ready to deliver a new level of service to our distinguished guests. The challenges of competition in Bangkok are not new – we as a luxury boutique operator must be nimble and fast – and able to, through speed and thought, to deliver a high level of differentiation to compete in a busy marketplace. That said Bangkok has seen some improvements in rates and occupancy which will support our growth.

How was the location of Sukhumvit Road Soi 39 for the 137 Pillars Suites & Residences decided on?
Our owning company had purchased the land many years ago and in recent years their own studies concluded that now was the correct time to develop. Soi 39 is seeing record levels of development in the luxury condominium market with healthy sales figures – the Soi is destined to become one of the top streets in Bangkok. The new Emquartier shopping center has also helped to spur an upgrading of the entire area.

137 Pillars House in Chiang Mai offers a unique slice of history in the heart of the hotel. What details does 137 Pillars Suites & Residences, and the prospective 137 Pillars Estate Phuket (scheduled to open in 2019) hope to offer the discerning customer?
We have designed 137 Pillars Suites and Residences with 34 stunning suites all with private dining areas and maxi bars, large balconies and the feeling of a luxurious residence. This combination is fairly unique and combined with high ceilings gives a beautiful sense of space and luxury. The services we offer are bespoke from the London Cab to take you shopping to the Jack Bain’s Bar and Leonowens Club connecting our property with its historic partner in Chiang Mai. Added are the Rooftop infinity edge private pool with Cabanas – our own Golf Simulator and Golf practice greens with Resident Professional, our Personal Shopper service, a great Concierge and our Wellness and Lifestyle Spa with a balanced yet unique menu of pampering and holistic treatments. Our Culinary Chef Peter Marx will set a new benchmark for Soi 39 with his Nimitr Restaurant on Level 26 and our Bangkok Trading Post Deli & Bistro. In-suite dining and dining by design add to the mix – two gyms, a yoga sala and Sleep Therapy Room all add to the excitement of this new bespoke hotel on Soi Sukhumvit 39. 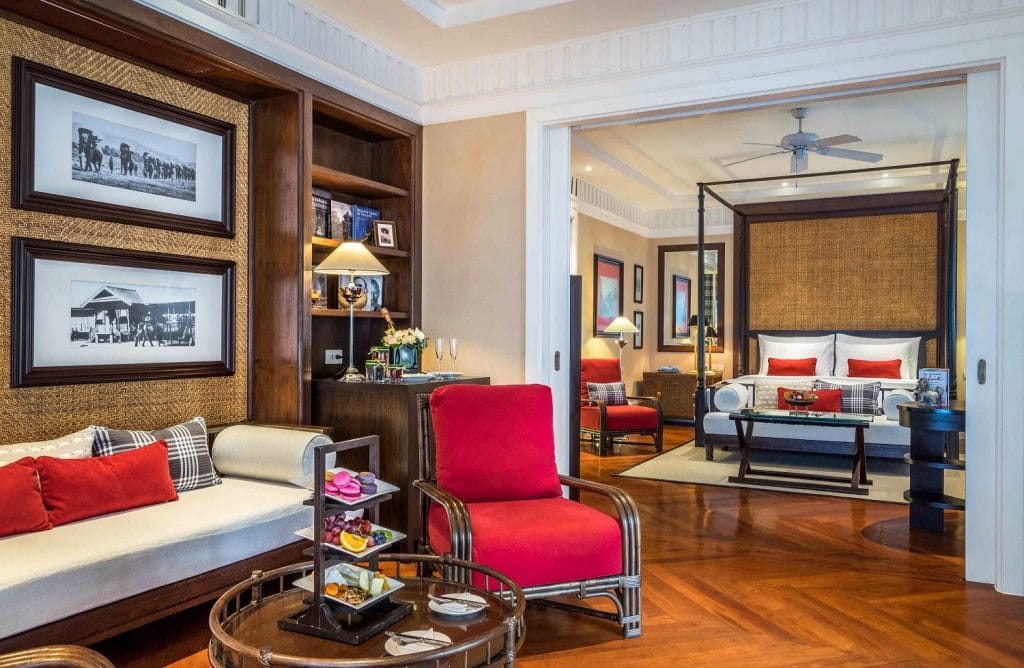 While Thailand is a popular travel destination for travelers of all nationalities, it also seems to have a turbulent environment with floods, tsunamis, political unrest, protests and a couple of coup d’etats in recent years. To what extent have these events affected 137 Pillars House in Chiang Mai?

We opened 137 Pillars Chiang Mai in the year of the Bangkok floods – and we were only marginally affected. In spite of the turbulence of Thai politics Chiang Mai has gone from strength to strength as a destination of choice with record arrivals since we opened in 2011. The impact of strong growth in Chiang Mai from near Asian markets and, in particular, the emergence of the Chinese luxury traveler has been very positive thus all menus are in Chinese and we have a Chinese speaking Guest Services Officer. In addition, the US market has continued to grow and Northern Europeans are also coming in greater numbers. We look to Japan and Korea also to add to our growth going forward.

And have any plans been made to minimize future situations?
I see Thailand as a remarkably resilient destination that has rapidly recovered from many crisis situations in my 17 years here. The infrastructure keeps improving and the famous hospitality of the Thai people is still part of the DNA – with this wonderful country and its people we have every potential to keep growing. We need however to further develop each person which is an integral part of our Roadmap. Our determination to be a leading luxury boutique operator is based on a 30-year development cycle very different from what is found in most modern-day hotels.

With a strong vision and realistic growth expectations, as well as a team of experienced individuals, the future of the 137 Pillars brand seems bright. What started as a chance encounter with an old historical building has developed into an award-winning hotel and soon to be a leading luxury brand in Bangkok and Phuket. What is most noticeable is the focus on the customer throughout the expansion with the development of the 137 Pillars brand aiming to bring the best possible service to their distinguished guests throughout Thailand.

About the Author
Laura Gibbs is a travel writer based in Thailand, and specializes in Luxury travel and Asian destinations. Originally from the UK, Laura has lived between Thailand and Japan for the last 6 years, and traveled extensively though most of Asia. Laura holds a degree in Business from Oxford Brookes University and a Masters in International Conflict Analysis, and she is able to pick up on the subtle differences between each country. In November 2016 Laura published her third book, a 237-page guide book called Luxurious Chiang Mai showcasing the best places in Northern Thailand. Her writing can be found at www.luxurychiangmai.com