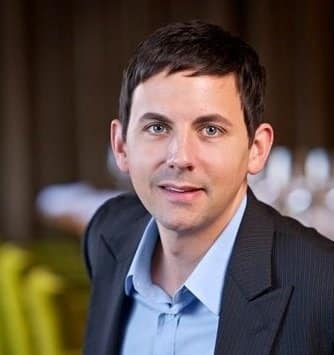 Matt took part in the International Luxury Hotel Association’s INSPIRE’19 Summit panel talking about partnerships and the importance of building a network of like-minded partners. He oversees 36 operating hotels and resorts and has 16 projects in the pipeline due to open in the next 12 to 18 months. Here, he goes into more detail on successful collaborations and trends in the F&B space.

What are the F&B trends that you are talking about right now?
Low – alcohol and No Alcohol spirits are about to have their moment in hotels and events. We’ve seen the articles about the stand-alone non-alcoholic bars, happy hours and nights and this, I’m sure, can be attributed back to the rise of brunch and day drinking. What has helped this movement’s cause greatly has been the rise and continuing evolution of the “non-alcoholic spirits” category which allows the consumer to have the complexity of a cocktail without the sweetness of syrups. Seedlip was first to market and still the best overall product in my opinion but MeMento is starting to make some waves with their product that has a more bite in the mouthfeel.

Vegetable focused outlet and event menus. Vegetables are taking over luxury cuisine and there is nothing we can do to stop them. The reason why this round of vegetable menus is seeing longevity is simply because chefs stopped looking at them as either sides, or healthy alternatives to meat and fish. This is haute cuisine with complex technique and profile coming out of kitchens and it’s being driven by the top chefs in the world. Dan Barber has a rabid following for his vegetable innovations and Dominique Crenn just announced Atelier Crenn will no longer serve meat on her Michelin 3 starred tasting menu. We did our first all-vegetable event menu at the Camby Hotel in Phoenix about 3 years ago with much handwringing and anxiety. The feedback after from the planner was to whisper, “they didn’t even notice”. Since then, we have served all veggie dinners or lunches at Wild Dunes, Terranea and others.

Micro-regional cuisine is on the rise due to the steady incline in travel and travel budgets over the last decade. We see travelers finding their way to more exotic locations now that they have been able to cross off the major destinations from their bucket list. Laotian cuisine is up and coming as the newest Asian food ready for a luxury make-over. Guadeloupe Valley, THE wine region in Mexico, is slowly improving their wines, but their cuisine is already world class and 100% unique. The valley, just inland from the Pacific Ocean, has a high density of talented chefs, passionate staff and beautiful views.

How are you implementing these trends into your restaurants and bars?
You have to be so careful now-a-days when it comes to participating in trends! The overarching question still has to be: is it right for the market, the neighborhood and the concept. Don’t diminish your brand of authentic country French cuisine (for instance) just because over the top shakes and malts are everywhere right now. I had to talk so many of our excited beverage directors off the ledge in 2018 during the “unicorn desert” melee because it just didn’t fit their concept nor their client base. Laotian food will have legs for the next 8-10 years but it won’t become my singular outlet concept on a property.

Low-alcohol and non-alcohol menus have been really fun to implement with the help of our beverage partners. The reach of Campari in the US when it comes to training and support is so much greater than ours that it’s a relief to be able to rely on them. When we rolled out our very successful Aperol Spritz campaign last summer for the JDV brand, they were right there beside us assisting with training and supporting in any capacity they could.

Can you tell us about some successful partnerships you have navigated?
First was Jose Garces in Scottsdale at the Saguoro Hotel. When Joie de Vivre first took over management of that property, ownership was very interested in a partnership with the Garces Group out of Philadelphia. Unfortunately, we hadn’t experienced a prominent 3rd party partnership like this at JDV and it was the Garces group first time in a hotel space. For that reason, the negotiation was tricky and some operational nuances were missed initially, but the agreement was seen as a success eventually.

Andrew Weissman at Signature in San Antonio. Andrew Weissman is one of the most highly decorated chefs and restauranteurs in San Antonio and again this was a partnership the owners brought to Destination post renovation of La Cantera. Both sides were excited about the project and a deal got done smoothly. There were some rough patches just after opening as the oversight and training came under scrutiny. We created a plan for the property and continued to push over communication with both sides leading to a calm reset, and ultimate success. The responsibility for these partnerships doesn’t end when the ink is dry.

Pim Techamuanvivit and her new restaurant Nari at Hotel Kabuki. This Michelin starred chef of Kin Khoa was courted by our owners to revitalize the street facing restaurant space in Japantown. The result was inspiring and working with her to make the partnership work between her team and the Hotel Kabuki team has so far been very smooth.

Fairgrounds Coffee & Tea Bar. We already have this partner as a lease tenant on the ground level of the Chicago Athletic Association. Their operation was seamless and due to its unique concept, applicable to several major markets. I really wanted to expand their reach and thought their concept worked very well with the JDV brand as well as compliment other urban projects. A coffee shop is not as easy a concept to keep relevant as it was 10 years ago, so handing it over to a group that has not only mastered their brand, but the scalability of success, is an easy decision.

What projects are you working on at the moment?
Too many to walk through now but here are a few of my favorites!
Lehigh Valley adaptive re-use of the Mary Immaculate Seminary. Destination Hotels won this management contract back in 2018 and I and a few others have been working hard on bringing this astounding resort idea to life. The owners of the project are agriculturalists so they want to fully integrate the usable farmland around the property into the F&B offerings. Not only does that mean row crops and livestock but also a large 4 season greenhouse and my very first mushroom cave!

Two luxury beachfront hotels by the pier in Oceanside that are well underway and should be opening in early 2021. These side-by-side hotels will be branded as a Joie de Vivre to the north and a Destination Hotel to the south. This is fun for several reasons, not least of which we get to have the indelible “Top Gun” house restored and reimagined on property. I also love working on a project where the F&B allows for both 3rd party relationships and self-managed concepts. I’m really excited about the upcoming partnership on the north block and some unique concepts on the south block! Both properties will have a unique story to tell, within a relaxed luxury design new to North County.

The second Quirk Hotel will open early next year in Charlottesville. After much success with the first Quirk Hotel in Richmond, the owners are ready for number two. This project is so special from a design and impact standpoint because the new building housing the 80 rooms actually wraps around two historic homes instead of building over them. Along with a gorgeous rooftop bar with 180-degree view of the Blue Ridge Mountains, we got to imagine concepts for the two historic houses which will include a second story whiskey lounge and cigar bar and an all-day luxury coffee bar.

What do you think guests are looking for in a luxury hotel F&B program?
I have the privilege of working with some of the most creative people in the boutique luxury space and because of this I have seen a genuine shift in what luxury hotel F&B really means to guests today. It is moving quickly away from “impress me” dining to experiential dining. Experiential dining does not have to mean Adventurous, but it should always mean that there is a story to be told and that story should be clear and full of reminders throughout the meal. We have to also continue to work within the spaces we are given with the brand of the hotel always present in our thinking. Chef driven restaurants do not have the same impact they did only a few years back. We are now seeing more success with crafted storylines and concepts with a talented group of FOH and BOH leaders behind it.